Can You Sell Solar Energy Back To The Power Company? 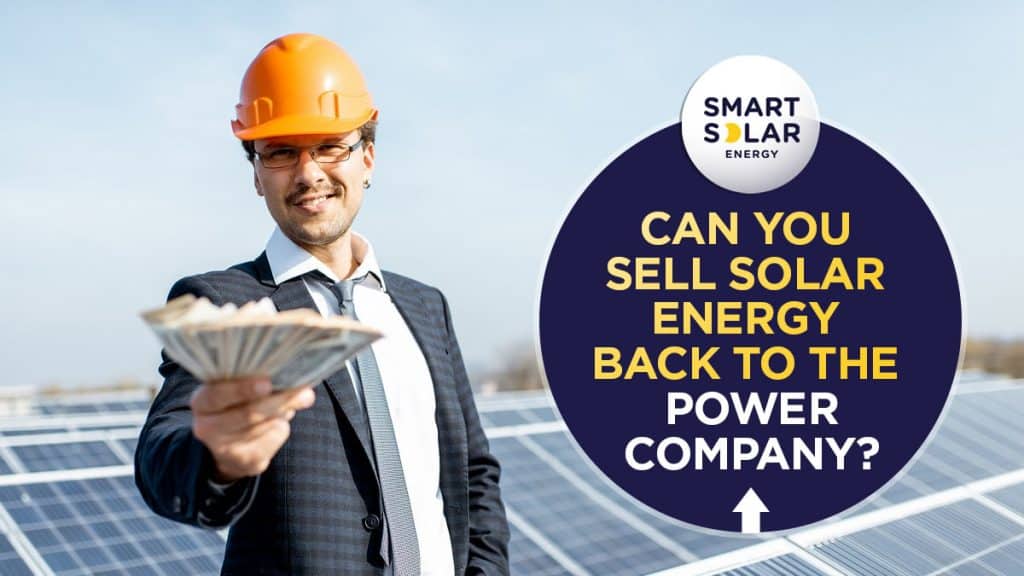 The short answer: Yes, but that shouldn’t be your goal. Going solar will undoubtedly save you money, but it doesn’t necessarily generate income. Read on to understand why.

What Does Selling Solar Power Back to the Utility Company Mean?

When people refer to selling energy back to the power company, they’re typically talking about net energy metering, which is an incentive that power companies in most have in place. Net energy metering is an important benefit to going solar because your panels will sometimes generate more energy than your home uses. Instead of going to waste, this electricity will be fed back to the power grid, and you’ll receive credits from the energy company. These credits will roll over on your energy bill and go toward your energy costs during the times when your solar system is producing less energy than what you’re using, reducing the overall cost of your power bill during the times when you’re using more power than your panels are producing.

There are some cases where real estate developers or landlords may install solar on a property and make money back by charging renters for using the power the solar system generates, but the average homeowner will not be in this situation.

The idea that you can build a solar system that generates more energy than your home uses, then use that excess energy to make money by selling surplus power back to the utility company is a myth. While net energy metering benefits you financially because it will provide you with credits that reduce the overall cost of your power bill, net energy metering is different than being reimbursed for excess power. It’s typically not worth it to build a solar system that produces so much solar power that you end up generating more energy than you will use in an entire year. You may receive a check from the power company for the excess energy that you produced and sent back to the power grid, but the dollar value of the check will often be significantly less than the actual retail value of the power you produced.

Installing extra solar panels in order to produce excess energy will cost you, especially if your roof doesn’t have enough space for additional solar panels. If your roof isn’t large enough for additional solar panels, or receives too much shade, you will need to install solar panels outside the roof—called ground mounters—in order to generate more energy. This is an additional construction project and adds complexity, and therefore increases the cost, of your solar install. Overall, the reimbursement you would receive from the power company by generating excess energy is not worth the investment you would have to make in order to generate such extra power.

However, the good news is that you will still save money by going solar—even if your solar system produces less solar than your home uses! And in doing so, you will save money by giving power back to the utility grid—just not in the way you might think. Read on to understand how you’ll benefit financially from selling energy back to the power company when you go solar. 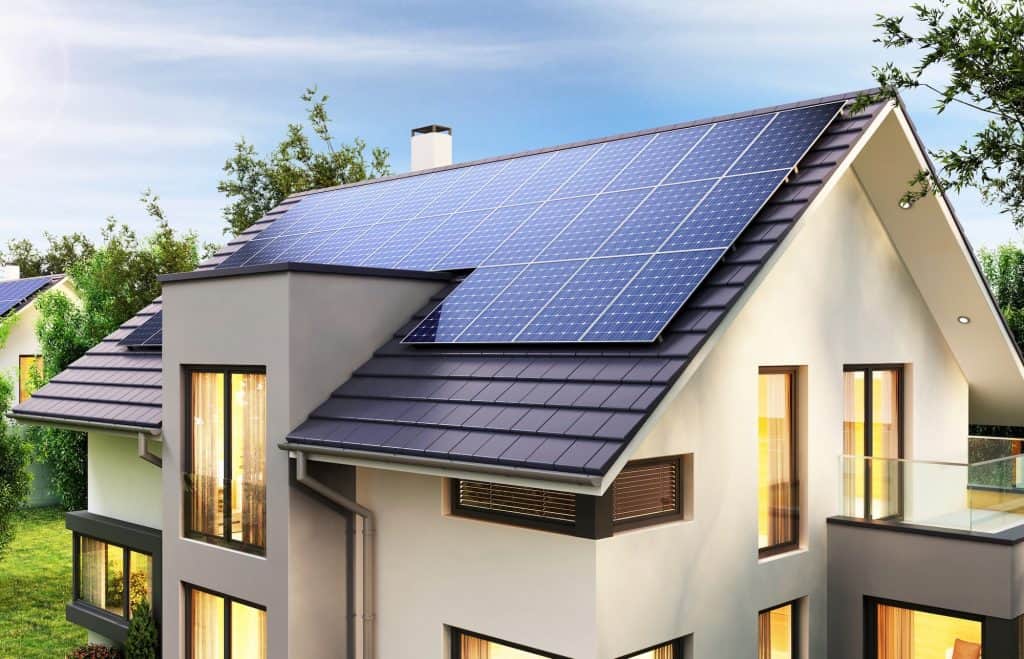 While utility companies do have agreements to reimburse solar power owners for the electricity their solar panels generate, it is not much of a moneymaking scheme. It is an excellent money-saving strategy, however.

As we mentioned above, we typically recommend that our customers opt for installing solar systems that generate slightly less power than their homes consume, and there are a few reasons for this. 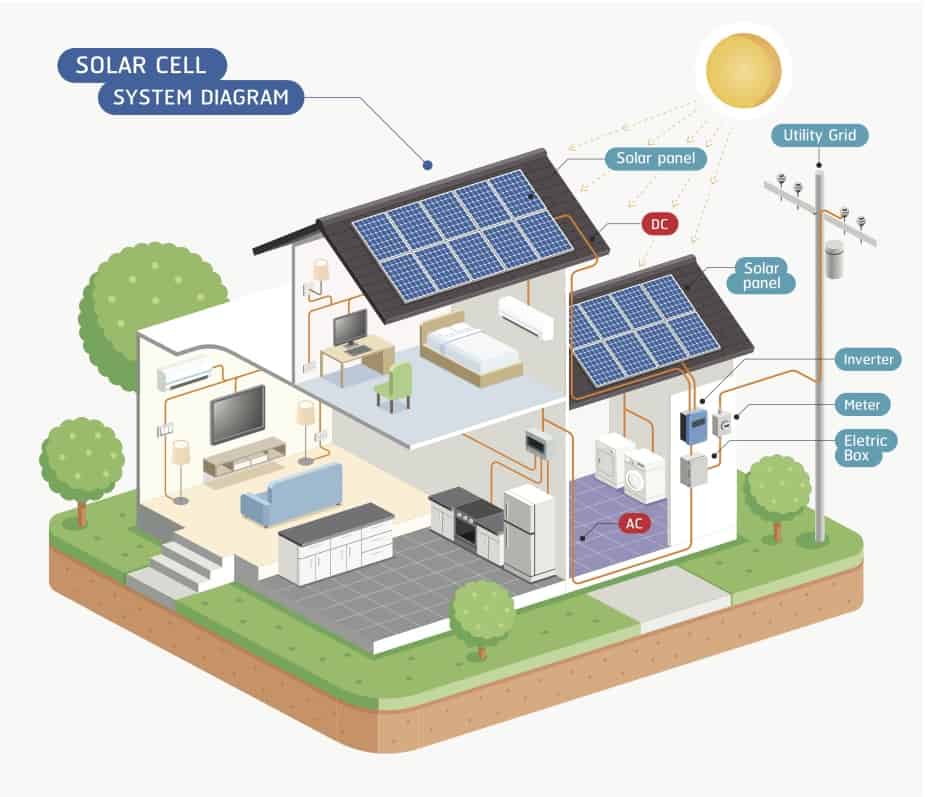 In the Pacific Northwest, solar systems often aren’t able to generate enough power to completely meet all of the average home’s energy needs. This is because the average roof size in Oregon and Washington, combined with the amount of shade most homes in the Pacific Northwest receive, makes it impossible to install a surplus of solar panels that will generate more energy than the home uses. But this isn’t a bad thing! It’s normal, and you’ll still be generating most of your power with clean energy and saving a significant amount of money.

Some power companies are changing their net energy metering incentives. Currently, most power companies in Oregon and Washington offer a one-to-one rebate for solar credits. However, there is a growing trend in the industry in which net energy metering incentives are changing, and some power companies are beginning to provide credits that are worth less energy the actual amount of solar power that’s given back to the grid. So, the value of the credits is less than the true value of the solar energy your home is producing.

For that reason, we recommend building a system that doesn’t produce much excess energy, and instead gives most of its energy to you—the homeowner—rather than the grid. Some homeowners who go this route also opt for a hybrid solar system, which means that a solar battery is installed onsite at the home. The solar battery then stores any excess energy that is produced during sunny days, rather than giving the excess energy back to the grid. Then, during darker days or at night, your home draws power from the stored energy in the battery before using power from the grid. This solution ensures you’re getting the full retail value of your home’s solar production power, while also using as little power from the power company as possible, and prevents you from giving any power back to the grid to avoid an unequal compensation rate from the utility company.

To find out if your utility company engages in one-for-one net energy metering, or if they’ve adopted this new practice of giving lesser credits, you can reach out to customer service and ask them directly about their net energy metering agreements with homeowners who have installed solar panels. If you’re not able to get an answer, or you want a quicker solution, reach out to us! We love talking solar with homeowners, and we have installed solar systems all over the Pacific Northwest. Chances are, we have dealt with your utility company and we can tell you exactly how they operate. 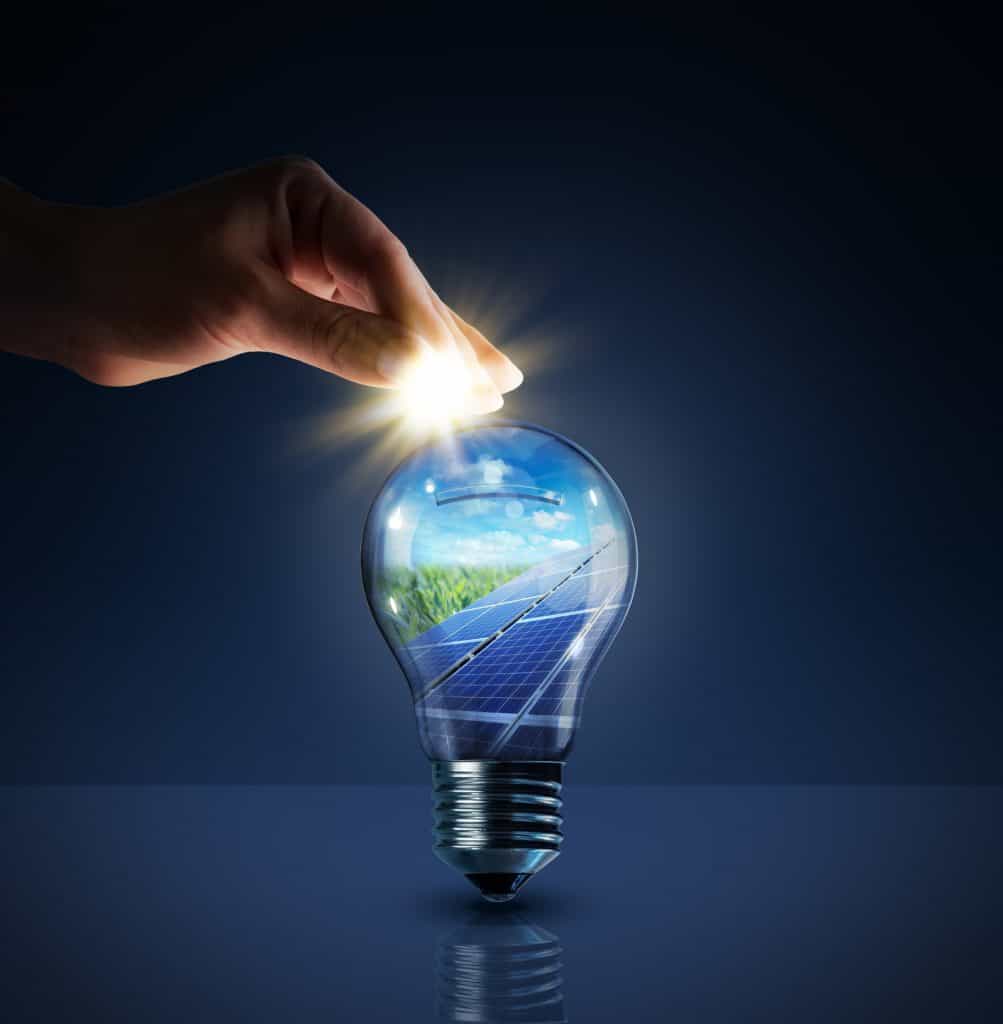 When it comes to net energy metering, most states have adopted it, although there is some variance in how the rules are applied from state to state. Additionally, every power company is different. So, someone who lives in the same city as you may have a totally different experience and reimbursement policy with, say, Portland General Electric, if you happen to have a different power company, like Pacific Power.

Regardless of state or power company, when you have a grid-tied solar system (meaning you are connected to the power grid – which applies to almost everyone who goes solar), there are going to be times when your solar panels are producing more energy than your home is using. This will be most prevalent during the long, sunny days of the summer. When your home is producing this excess energy, it gets sent back to the power grid and dispersed by the utility company. When this happens, it’s good for everyone. The clean, green power you send back to the grid replaces some of the dirty, coal-burning electricity that is usually used to power the grid!

There will also be times when your solar panels are producing less energy than your home is using, usually in the shorter, darker days of winter. On those days, your grid-tied system will draw power from the utility grid to supplement your solar panels’ production power. You will be charged for using this power from the utility company, but it will be offset by all the credits you racked up when you were giving energy back to the utility grid. That’s what makes net energy metering so great: your power bill will be drastically reduced by these credits. Eventually (usually within 10 years) your solar system will be completely paid off, and even though you’ll keep using power like always, you’ll be left with nothing but a fraction of your former power bill—and that’s when you’ll really see how much you’ve saved by going solar.

Net energy metering is tracked by a two-way meter that will be installed during with your solar system. The meter records the energy you consume from the power company, as well as the energy you send back to the grid. Those credits are then rolled over to reduce your power bill, every month, forever. 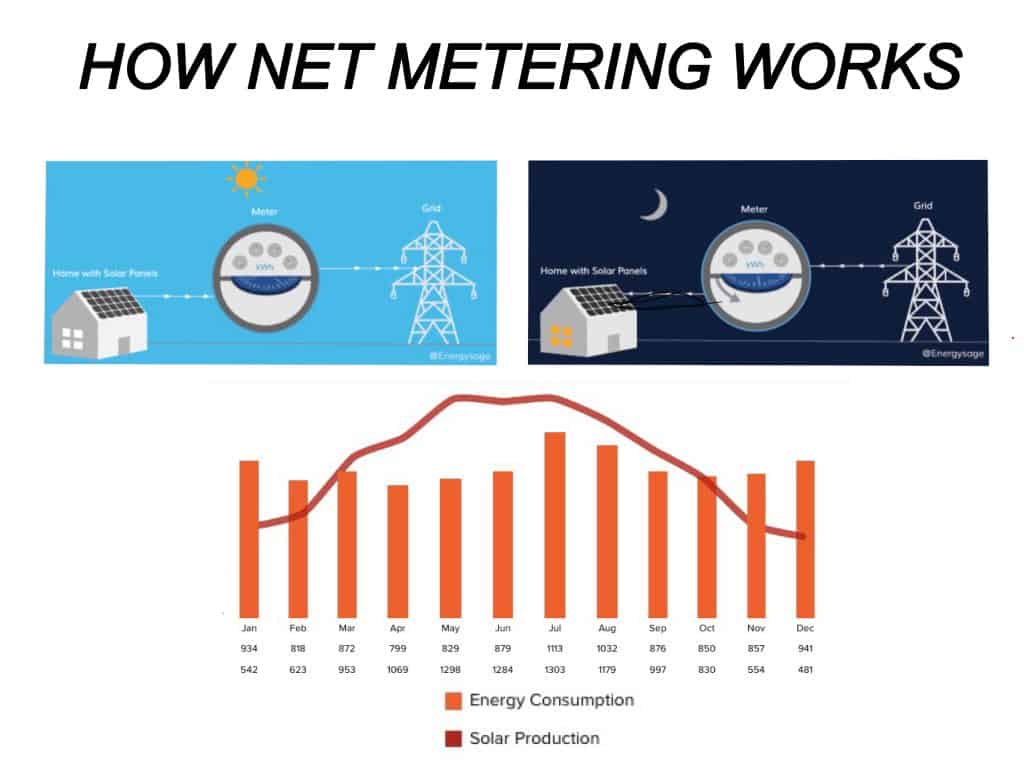 As you might have already deduced, net energy metering is an incredible financial benefit to homeowners who switch to solar, but it sometimes costs the utility companies money. For this reason, many utility companies have tried to push back on net metering or, as mentioned above, reduce the value of net metering credits. However, most states recognize that net energy metering is a benefit to society. It helps the utility companies manage peak energy usage times while reducing the carbon footprint of the power grid. It also incentivizes homeowners to switch to solar, which benefits everyone.

Luckily for homeowners who want to go solar, most of the west coast states have adopted mandatory net energy metering, including Washington, Oregon, Alaska, Nevada, Montana, and California. Idaho does not have a statewide net energy metering mandate, but some Idaho energy companies do engage in net metering anyway. Utah and Arizona are special cases that don’t enforce one-for-one net metering, but do have some laws in place to compensate homeowners who send solar power back to the grid.

Now is the best time to take advantage of these incentives and get the best financial benefit from going solar, for several reasons. The trend of utility companies reducing the value of their energy metering credits will continue to spread as utility companies seek ways to earn more revenue (and give less away). However, if you go solar now, you will be grandfathered in to the net energy metering policy that was in place at the time of your solar install. This means that, if your utility changes their net metering credit value a year after you go solar, you’ll still receive the full credit value that was in place at the time of your original agreement.

Additionally, the federal solar incentive that reimburses solar homeowners for 26% of their solar costs through a dollar-for-dollar tax rebate is being reduced to 22% in 2023, and it will go away entirely in 2024. As the number of homeowners who catch on to the benefits of solar reaches a critical mass, it will no longer make financial sense for the providers of these incentives to give them away to everyone. For these reasons, we encourage anyone who is considering going solar to get started now, while the incentives are at their best. We recommend starting with a solar audit to understand if your home is a good candidate for solar, and to get an idea of your production power and your utility company’s policies. Our solar audits are comprehensive, free, and can be done safely both in-person or virtually.

Find Out If You Qualify For Solar:

PrevPreviousIs Solar Power Worth It in 2021?
Next2021 Guide To Choosing The Best Solar PanelsNext