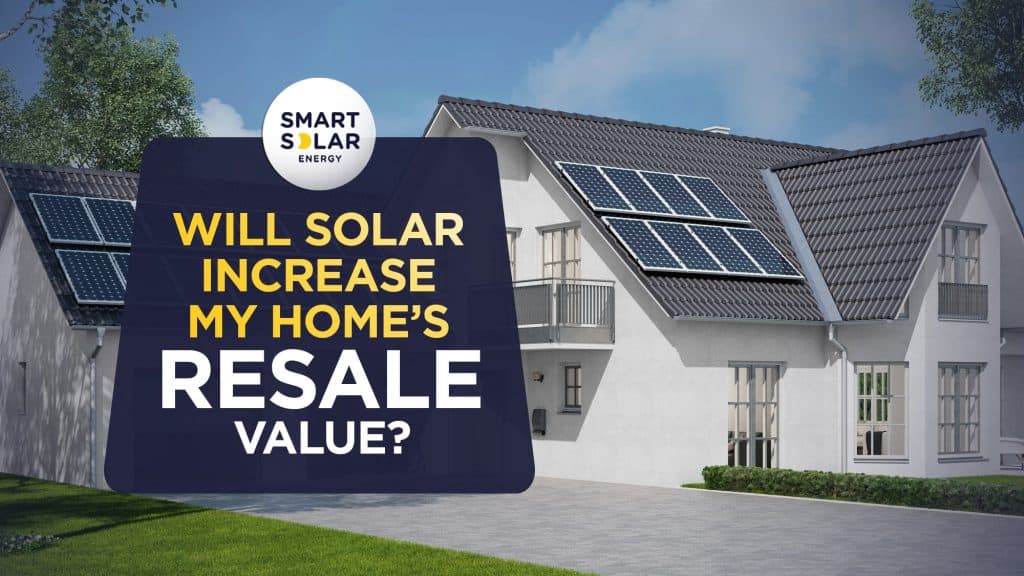 There will be over 3 million solar systems in the U.S. by 2022. As solar energy systems become more widespread throughout Oregon, Washington, and the rest of the Pacific Northwest, more solar houses will be up for sale. It is becoming increasingly important to understand how solar increases your home’s values so you can make an informed decision before going solar. At Smart Solar Energy, we encourage our customers to consider the long-term financial implications of going solar, including the impact on property value.

Although the Smart Solar Energy team can estimate the electric bill savings with Portland General Electric, Pacific Power, and other utility companies, estimating how much your solar panels will boost your home’s revalue is more complicated. 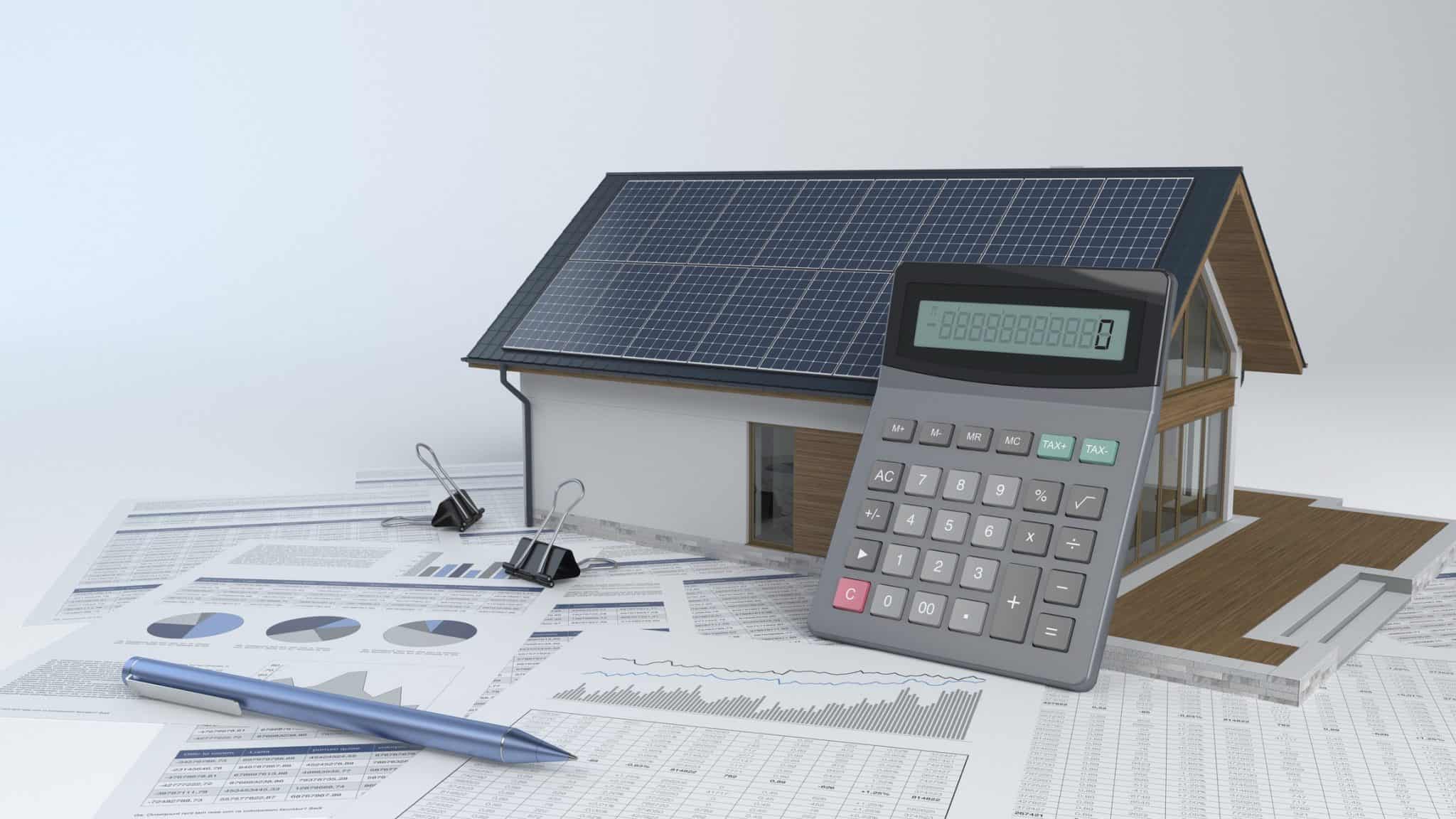 How much does a solar panel system increase my property value?

Numerous studies find that going solar increases your property value compared to comparable homes without solar. Although the exact conclusions of studies vary, they have the same finding. Installing solar panels on your home increases its value, and home shoppers are willing to pay more. This finding applies when the solar system is owned, not leased.

A Zillow study compared similar properties both with and without solar energy systems that were listed and sold between March 2018 and February 2019. It took into account home features, such as bedrooms, bathrooms, square footage, age, and location. According to the study, the median-priced house with solar sold for a $9,274 premium on a $226,300 property. It also concluded that solar-powered homes sell for 4.1% more than comparable properties without solar systems. In Washington, this increased the median-valued home by $15,916.

A 2015 study by Lawrence Berkeley National Lab analyzed 22,000 home sales across eight states. Researchers did take the size and age of the solar system into account, unlike the Zillow study.  They found the average solar panel system adds $4 per watt of solar energy capacity. Therefore, a 6-kilowatt solar system adds $24,000 to the resale value of the home. Also, the study found that homes with solar systems between 0.5 and 2.4 years old sold for a premium of $5.90 per watt. Conversely, when solar systems were between 5.9 and 14 years old, the homes sold for only a $2.60 per watt premium.

The Berkeley Lab study revealed slightly higher premiums than the Zillow study, but it analyzed home sales from 1999 to 2013, and the study might be a bit outdated. It did, however, analyze more data about the solar system, such as the impact of the system’s size and age on the additional resale value. 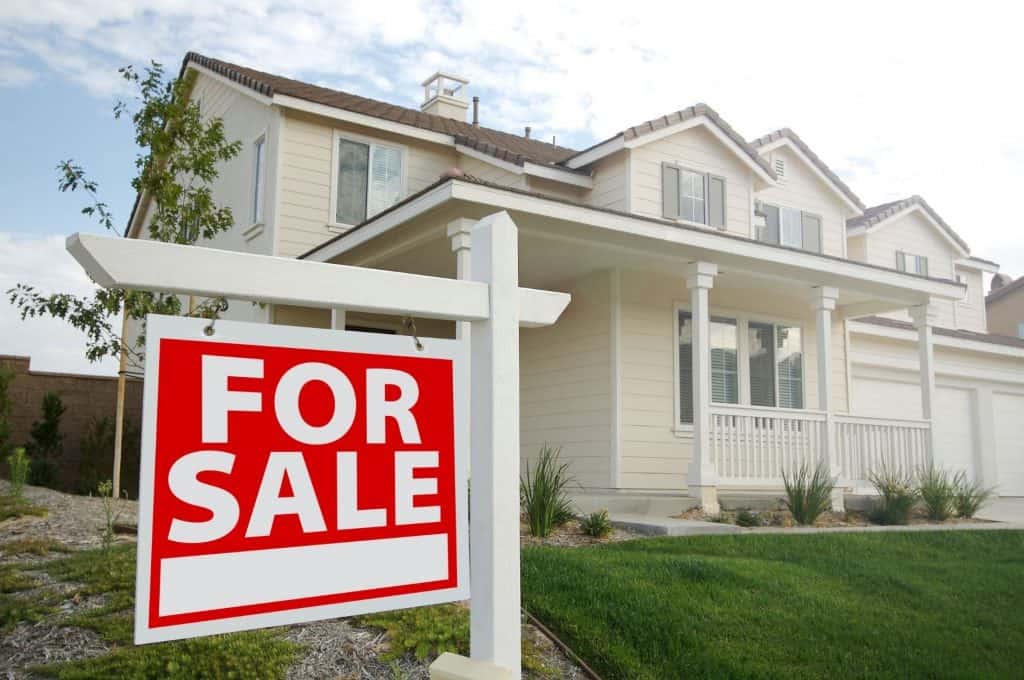 Why do solar homes sell for more?

Home shoppers are willing to pay more for solar-powered houses for a couple of main reasons. First, they are far less expensive to operate than homes without solar panels. Installing a solar PV system will dramatically lower your Portland General Electric and Pacific Power bills. In fact, many Smart Solar Energy customers save $1,000 annually on their power bills! Also, going solar protects homeowners against electricity rate hikes. This is especially attractive for retirees or people on a fixed income.

In Oregon, net metering laws enable solar system owners to receive credits on their electric bills for the surplus solar electricity they supply to the power grid. Because electricity rates vary within utility territories, the exact savings from the solar system varies depending on where you live. For example, our customers in Portland and Salem save more than our customers in Springfield because they pay less per kilowatt-hour of electricity.

Another reason that many homebuyers will pay a premium for solar homes is because of concern for climate change, our reliance on fossil fuels, and air quality. Living in a solar home is especially appealing for people that want to decrease their carbon footprint and increase their energy independence with renewable energy.

“We are increasingly finding that these attributes are important to prospective homebuyers. This is part of the reason that there is a [price] premium associated with it. The other piece is that there is true value provided by solar panels — namely, future energy savings.” 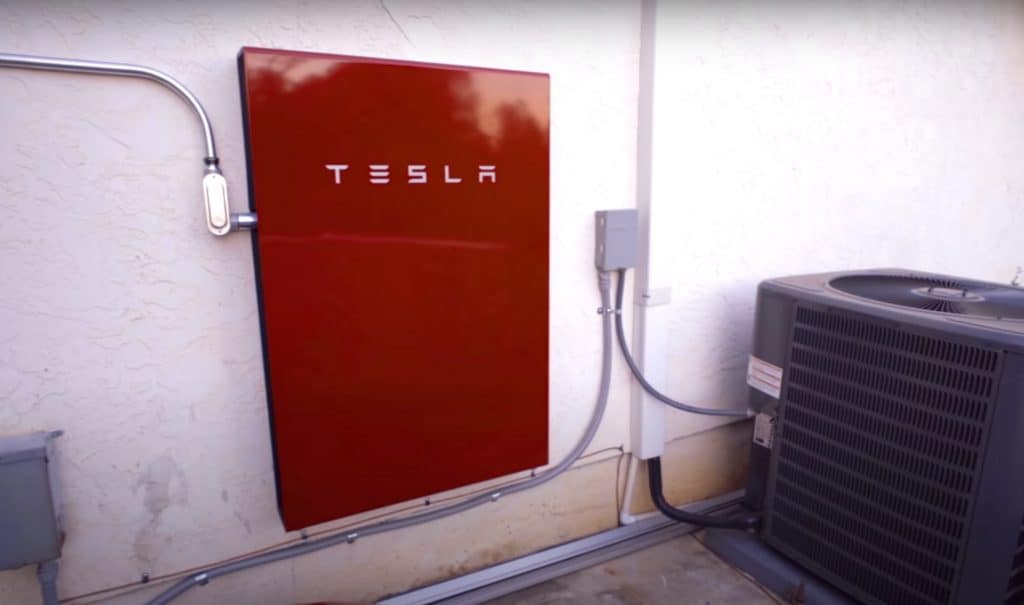 As national concern about grid outages caused by extreme weather or wildfires, homes with solar batteries are especially appealing. At its peak, 420,000 people were left without power last winter due to severe storms. Energy storage capabilities make houses more resilient during such outages, especially extended ones. Having electricity during a blackout or public safety power shutoff can sometimes prevent your pipes from freezing, your basement from flooding, and food from spoiling.

For people with home offices, solar batteries can prevent productivity losses. Also, solar energy systems with battery banks provide peace of mind during power outages and allow Smart Solar Energy customers to enjoy most of the comforts of home. 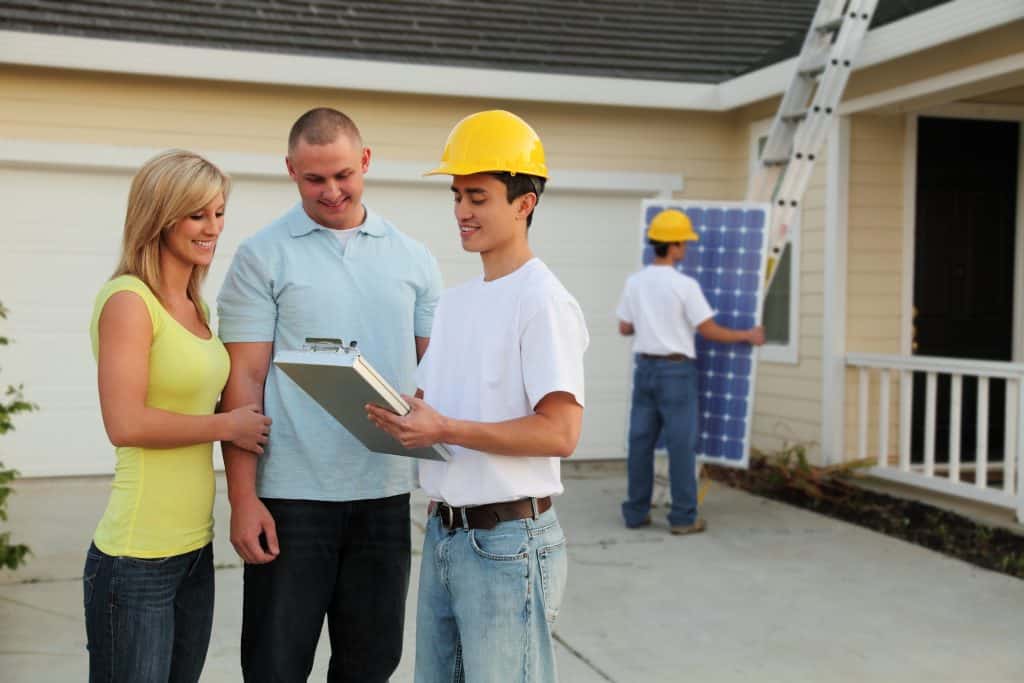 Will leasing a solar system impact my home’s sale process?

Unfortunately, selling a house with a leased solar PV system can be more difficult for the homeowner and the homebuyer. Keep in mind that the Zillow study examines homes where the solar systems are owned, not leased from an installation company.

Although owning a solar PV system is a home improvement, the same isn’t really true for a leased system. In this case, homeowners rent the equipment that solar technicians installed on their roofs. Thus, the new homeowner may need to take over the solar lease payments. This also means that the cost savings are typically much lower from having the system.

At Smart Solar Energy, we recommend homeowners own the solar system on their homes and not lease the equipment. This is partially due to potential challenges when selling the house and experiencing the most savings possible from the solar system. If the upfront expense is too great, we can offer solar financing to qualified customers. 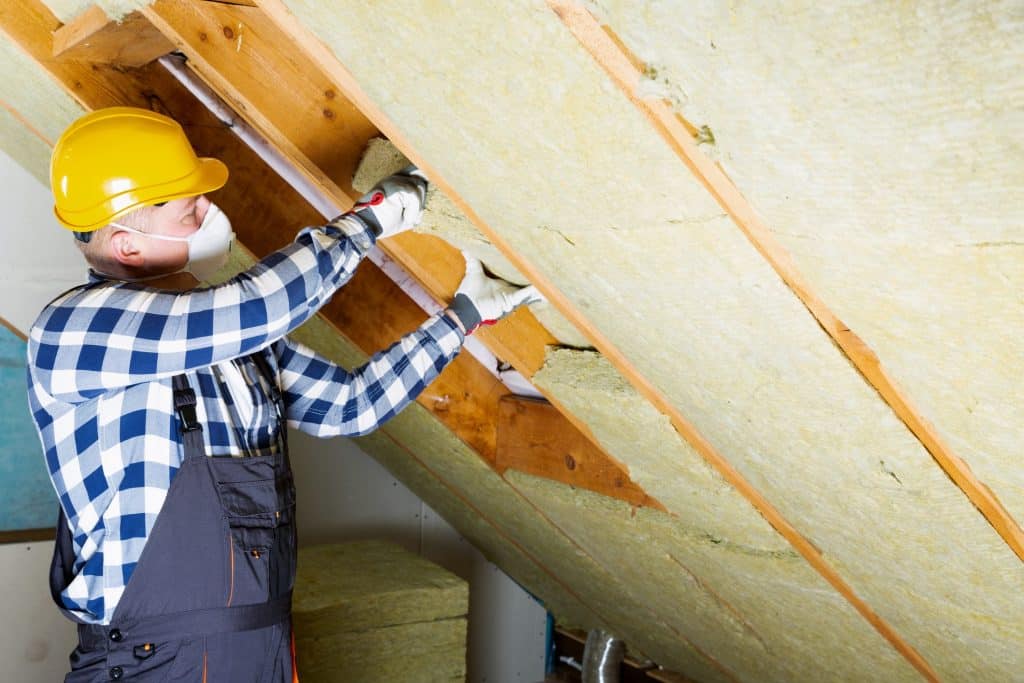 One energy-saving upgrade that works well with solar is to install an energy-efficient heat pump. This technology runs off of electricity, allowing you to heat and cool your home efficiently with electricity instead of natural gas or wood. 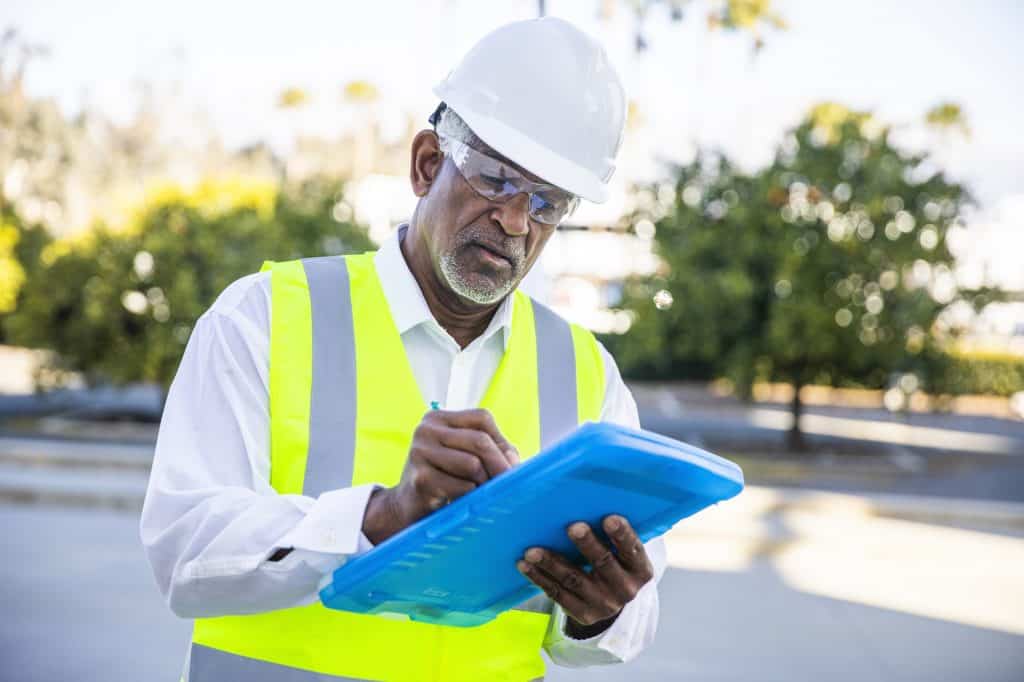 How can I estimate the value of my solar system?

The Solar Energy Industries Association created a guide on how to value a residential solar system. They profiled three primary methods you or an appraiser can use to estimate the value of your solar system.

This method involves valuing a solar panel system based on the projected income a solar system will provide the new owners for the remaining life of the solar equipment. Using the income approach involves calculating the value of the energy savings the new owner would have paid the power company otherwise. Typically, the design life of a solar system is 25 years.

Then, you need to subtract out any costs associated with owning the solar system, such as maintenance costs. Keep in mind that Smart Solar Energy offers a 25-year labor and service warranty on all our systems which protects you from premature equipment failure and degradation. Because solar systems do not have any moving parts, they do not require any regular maintenance. Also, homeowners insurance protects from acts of God or theft.

This calculation uses the cost of reproducing the PV system that is currently installed on your roof. The disadvantage of this approach is that solar equipment depreciates over time, and the cost approach doesn’t take this into account. However, it might be the best method to use if you recently installed your solar system and it has not depreciated much.

This valuation methodology finds comparable properties with and without solar systems. In fact, it is similar to the approach Zillow used in the study mentioned above. Applying this approach requires finding a minimum of two pairs of similar homes, where one has solar panels and the other does not. As more people install solar panels in Oregon, it will be easier to use the comparable sales approach. 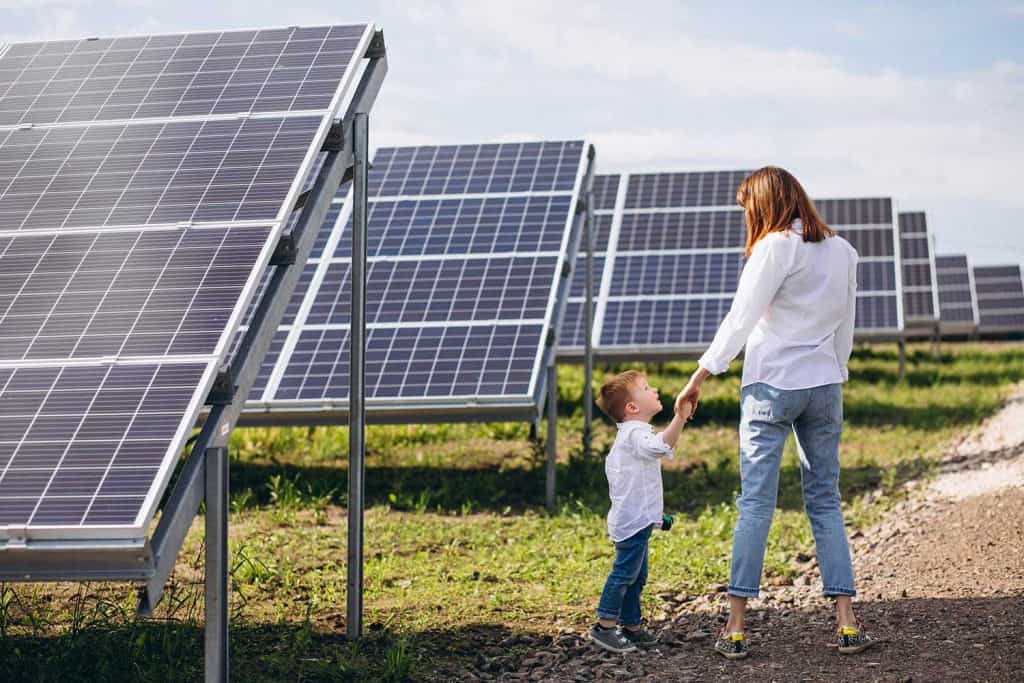 How can I prepare for selling my solar-powered home?

Start by ensuring your solar system is in operating correctly. If it needs any repair work, it is helpful to finish this before showng the property on the real estate market. If a home shopper detects an issue with the system, it might make the house less appealing. The best way to do this is by reviewing solar monitoring data and to visually inspect the solar system.

Keep in mind there might be expected variances in electricity output that are not caused by equipment failure. For example, if we got more rain than usual in March, it might show less energy production than it did a year ago at that time. Likewise, if the solar panels were covered in snow last winter, you might show almost no production for those days. If there is shading on the roof, this will also impact your output. But, that is expected and not because you need to repair your system.

If your PV array is still protected under our 25-year labor and service warranty, this is an appealing feature for possible homebuyers. Our warranties can save homeowners a lot of money if repairs are needed. Also, you can provide output information from your solar monitoring system and utility bills to demonstrate how much electricity your system produces and how much money you are saving in utility costs. Simply log into the solar monitoring system and download a report about the energy production from the system.

Will the increased value of the solar system increase the property taxes?

There is a 2015 law in Oregon that solar homeowners are not taxed for the additional value the solar system adds to their property. In other words, if a solar system increases your home value by $15,000, there will not be an increase in property taxes associated with that increased assessed value. This law only impacts properties with “alternative energy systems” and doesn’t apply to property value increases from building a deck, remodeling, or other home upgrades.

Installing solar panels on your home is an excellent way to increase its resale value. Contact Smart Solar Energy today to learn more about going solar.